The Identities of the Theosophical Masters Series X: The Bengali Spy, Sengchen Tulku and the Maha-Chohan Connection

OLCOTT MEETS K.H. IN LAHORE IN THE FLESH: CASEBOOK OF ENCOUNTERS CONTINUES In his Old Diary Leaves (Vol. III), Col. Olcott also gave an account of his meeting with K.H. […]

The Identities of the Theosophical Masters Series VI: Damodar Meeting with K.H. in Lahore

REFUTING KOOT HOOMI IS SARDAR THAKAR SINGH: DAMODAR MEETING WITH K.H. IN LAHORE In one testimony of theosophist and disciple, Damodar K. Mavalankar, he tells us his meeting with K.H. […]

The Identities of the Theosophical Masters Series V: Political Operations in Cairo and War Treaty in Cyprus — Hilarion and Ooton Liatto

POLITICS AND WAR TREATY IN CYPRUS AND THE MYSTERY “GREEK GENTLEMAN” IN CHARGE As to Hilarion Smerdis, K. Paul Johnson tries to tie him to the underground culture and operations […]

The Identities of the Theosophical Masters Series III: Morya and the Maharajah Ranbir Singh

MEETING RANBIR SINGH IN THE FLESH: IS MORYA THE MAHARAJAH RANBIR SINGH? As to Sahib Morya, K. Paul Johnson made two confusing suggestions that K.H. and M. was the Hindu […]

The Identities of the Theosophical Masters Series I: Speculations About Thakar Singh Sandhawalia and Sikhism

THE GIST OF K. PAUL JOHNSON’S SPECULATIONS ABOUT THE IDENTITIES OF K.H. AND MORYA AND WHETHER K.H. WAS A SIKH For example, K. Paul Johnson claimed to provide a “suggestion” […]

TEN SECTIONS ABOUT THE IDENTITIES OF K.H., MORYA AND OTHER MASTERS AND SPONSORS BEHIND THE THEOSOPHICAL MOVEMENT Introduction Of your own accord, somehow you stumbled into the complex library and […]

An addition to The Fratres Lucis and the Egyptian Brotherhood of Luxor involving Hilarion Smerdis and Serapis Bey Section. Kazi Dawa Samdup (1868-1922) pioneered the introductions of Tibetan Buddhism to […] 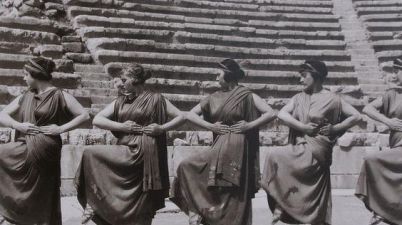 H.P. Blavatsky involvement in Italian Politics with Garibaldi and Mazzini, and the Carbonari’s Role in the Republican Revolutions

TO BE REWRITTEN TO ADD CARBONARI AND GARIBALDI HISTORY It is not enough to study history, but to make history, and the movers of history is a function we take […]

The Main Accusations made against Helena Blavatsky: Hodgson-Coulomb Case, Plagiarism and Inventing the Adepts

THE HODGSON-COULOMB CASE, PLAGIARISM AND INVENTING THE ADEPTS EXPLAINED Contents What was the Hodgson Report Account of Constance Wachtmeister the day the S.P.R. hit H.P.B.’s Desk Walter A. Carrithers on […]

The Politics of Divine Wisdom: How Theosophy influenced Indonesian and South Asian Nationalisms