UNFILTERED So, here’s my deal with Christianity and Religion. Please, do not take offence. I grew up around Christians, in the Church. Christianity is the only thing people knew and […]

Why Gnosis is not the End of your Journey

CONCERNING SPIRITUAL VISIONS, HASTINESS AND W.T.S. THAKARA ON PLATO AND GNOSIS If I could give one advice, you may be made to see wondrous things, without drugs, but do not […]

Thinking about ‘Mental Health’ and ‘Enlightenment’ this Morning

I do not speak as an “enlightened” person with all the answers. I am just an ordinary person, and I like that way. MENTAL HEALTH Who am I? Is it […] 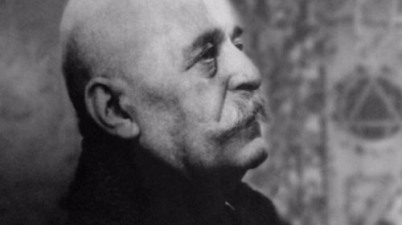 George I. Gurdjieff speaks to Peter Ouspensky on the Slavery of the Masses

Peter D. Ouspensky, a Russian student of early twentieth-century teacher from Armenia c. 1870, George Ivanovitch Gurdjieff, in his “In Search of the Miraculous” (1949) is in conversation. A play […]

The Secret Doctrine defends the doctrine on the Seven Numerations of Man and Nature, held by the Trans-Himalayan Occultists’ School taught in the Theosophical system. Helena Blavatsky did not invent Theosophy, […]